Geotechnical consultants to the civil and mining industries. The services we provide range from NHBRC Phase 1 Investigations to Dolomite Stability Investigations.

Zutari is a market leader in the ground engineering discipline. We provide complete solutions for foundations and ground related infrastructure, ranging from ground investigations through laboratory testing, design of underground infrastructure and provision of specialist construction supervision.

eThekwini is located on the east coast of South Africa in the Province of KwaZulu-Natal (KZN). The Municipality spans an area of approximately 2297km2 and is home to some 3.5 million people. It consists of a diverse society which faces various social, economic, environmental and governance challenges. As a result it strives to address these challenges which mean meeting the needs of an ever increasing population.​

The Council for Geoscience (CGS) is one of the National Science Councils of South Africa and is the legal successor of the Geological Survey of South Africa, which was formed in 1912 by the amalgamation of 3 former Surveys, the oldest of which – the Geological Commission of the Cape of Good Hope – was founded in 1895. The Geoscience Act, Act 100 of 1993, established the CGS in its present form. The Act was later amended in 2010 to establish the Geoscience Amendment Act (Act No. 16 of 2010).

As a scientific research council, the CGS is mandated to provide for the promotion of research and the extension of knowledge in the field of geoscience as well as the provision of specialised geoscientific services. The Council has a national footprint in the country, with the Head Office located in Silverton, Pretoria and various other Regional Offices located in Polokwane (Limpopo), Cape Town (Western Cape), Pietermaritzburg & Durban (Kwazulu Natal), Port Elizabeth (Eastern Cape) and Upington (Northern Cape). Today, the Council is a modern institution, boasting excellent facilities and expertise, ranking among the best in Africa. 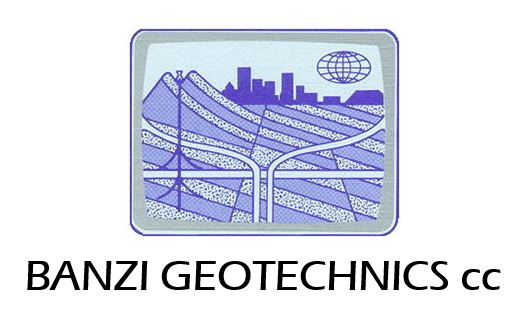 BANZI GEOTECHNICS cc (BANZI) is an integrated geotechnical consulting firm specialising in engineering, exploration, and environmental geology.  It was established in 1982 as Barker and Associates.   BANZI aims to provide clients with a comprehensive service which embraces a wide range of experience in the relevant earth sciences.  Project capabilities and experience are extensive.

Services are available for all stages of project development.  These include:

Intrusive Rock Drilling (IRD) is 100% Black Female owned and renowned as one of the most leading and dependable multi-disciplinary drilling contractor based in Gauteng, South Africa.